Blue remembered our promise to be up early again this morning and woke us at 5:30. Warming up took a little more time and we realized why when we glimpsed the 44* on the outside thermometer. We got breakfast, dug out warm clothes, and packed up to head to the Indian Peaks Wilderness. Since dogs are not allowed on the trails in Rocky Mountain National Park, we sought out some of the beautiful surrounding areas. The Brainerd Lake Recreation Area was about an hour drive, but well worth it. We checked out the campground and filed it as a possible home base for later in the week.

Unfortunately, this may have cost us dearly and the trailhead parking area was completely full by 8:20am. We were shunted to a nearby parking lot, but this added at least a mile to our hike. Regardless, the sight of snow-capped peaks girding vibrant meadows overwhelmed us. Even the path to the trailhead parking was lush and dense in the way that western trails are. 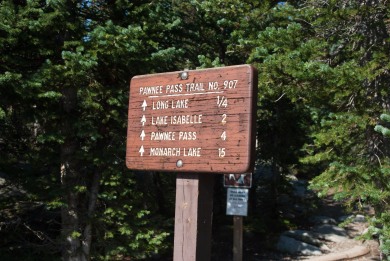 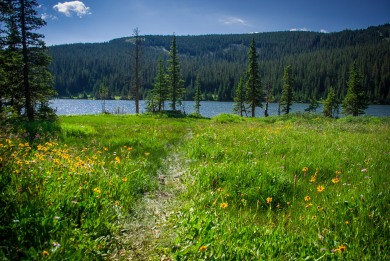 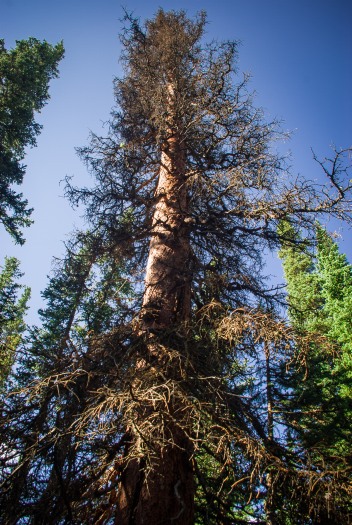 I love hiking in the west. Trails in the east are frequently muddy and rutted. Ankle deep mud is not unheard of. Ascents are steep and steps are huge. Roots and loose rocks are easy ankle-snappers. 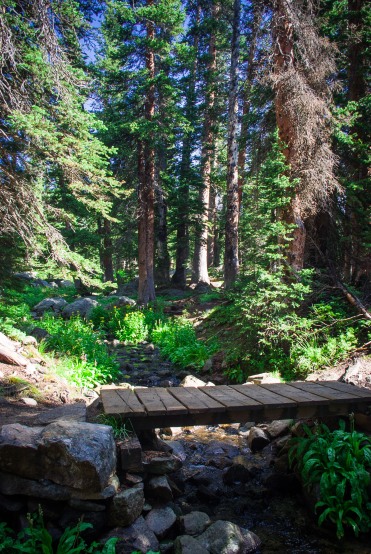 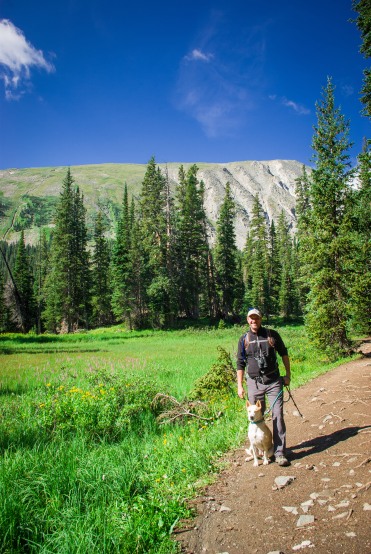 For some reason, so many of the trails out west are so nicely graveled. Ascents are more gradual (if never-ending). So many words to say, as soon as we began hiking we were reminded what we love about hiking in the west.

The Isabelle Lake Trail initially makes a gentle climb to Long Lake. From there, one might choose the slightly longer Jenny trail, but we were eager to get to the top. Most of the elevation was gradual enough to barely bother us flatlanders. The hike begins at 10,000 feet and ends just shy of 11,000. Of course, we made plenty of stops to enjoy the wildflowers and birds. Blue was always a little impatient, or at least confused that we refused to stop for the best smells and yet dawdled when there were hardly any good smells at all. The mosquitos on the trail were quite thick, but I am hoping our long sleeves and pants protected us from the worst of it. The last quarter mile of the trail grew steeper, but still tolerable. The trail was extremely well marked with the exception of knowing when we were “there”. The trail continues several miles further to a glacier and several groups wandered out and back wondering if there were better views of the lake around the bend. Not that any of the existing views were lacking – just a sense of curiosity. 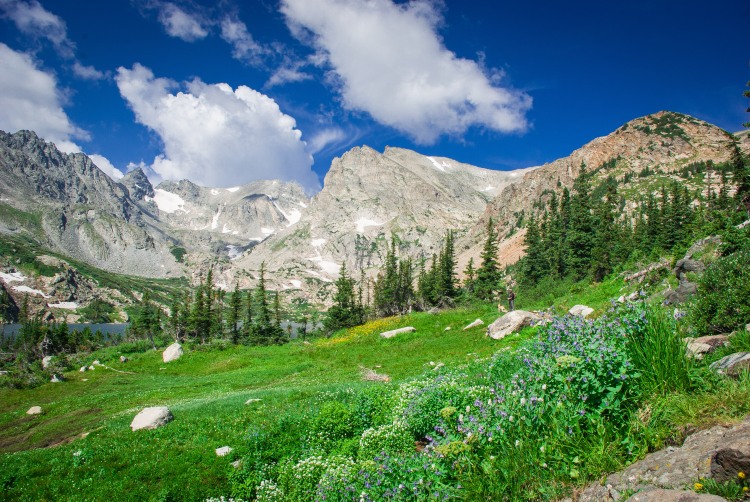 We selected a picturesque rock away from the crowds and attempted to enjoy a snack. Blue was not ready to for a rest, so we refueled quickly and started back. Oddly, as soon as we started moving again, we both began to feel the elevation. Ted was getting extremely light-headed and I was seeing auras. We made the decision to try to get lower as fast as possible without over-exerting ourselves. By the time we reached the parking lot, we were feeling close to normal, but it was a good reminder that we must be cautious. 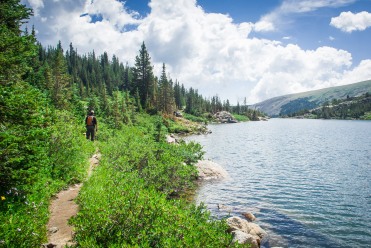 Back in the parking lot was quite a bit of commotion. Apparently someone had broken an ankle and a full rescue operation was underway. By the time we ate lunch and got ready to leave we learned a helicopter was on the way and all trails in the area were shut down. We felt terrible for the injured hiker and wondered if it was one of those with whom we had exchanged snippets of conversation. However, it was also interesting to see such an impressive coordination of care. We hoped they beat the approaching storms. 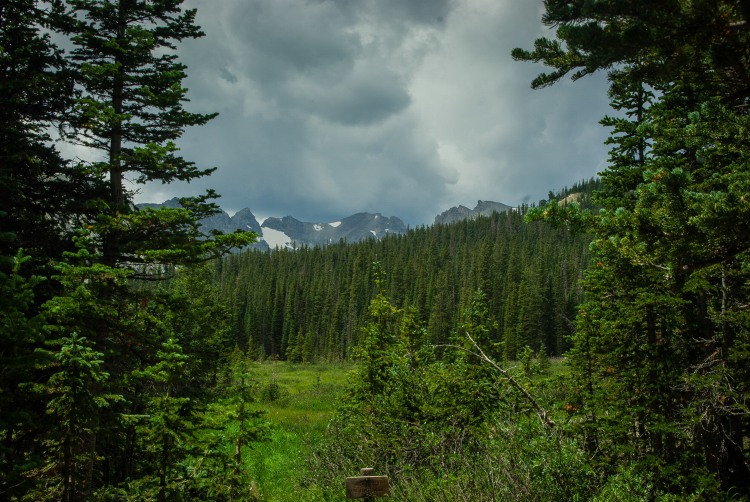 We began to get sleepy on the ride home and checked back into the campsite for our new daily ritual of a nap. We had no further plans and no internet, so dinner in town seemed like a good idea. Pizza was simple enough and Antonio’s was dog friendly. The New York style pizza was delicious and Blue once again charmed all the other diners.

The internet at the restaurant still wasn’t great and Blue still wasn’t tired. One more stop at the dog park solved both problems. I mapped out a rough sketch of the couple days and Blue made more friends.

The chill in the air returned as soon as the sunset, so we are extremely grateful for the campfire. I have a feeling we may sleep in fleece tonight.