The Dog Slaughter Falls trail consistently ranks among the top trails in Kentucky. On our last trip to Cumberland Falls, we tried to reach Dog Slaughter from the Visitors Center – about 5 miles each way. The mid-June 90º weather was not on our side and we gave up about halfway in favor of the watermelon in the cooler and a trip to the pool.

This time, we approached from Forest Service Road 195, a thoroughly rutted and pot-holed dirt road off of KY-90. The first trailhead is .8 miles down the road, but I strongly suggest continuing another 2 miles to the second trailhead. From there, the falls are a little under 1.5 miles. 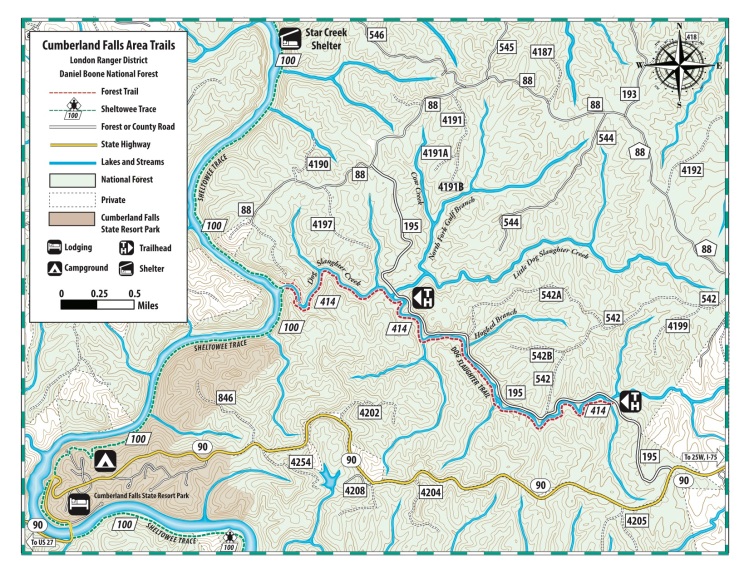 The trail immediately crosses a bridge to the other side of Dog Slaughter Creek and follows the creek the entire route. It is a lush trail that was still plenty green in mid-October.

Most of the trail was level, with occasional dips and rises over boulders or into gullies. 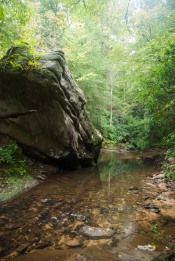 The trail ends in a relatively steep descent to the falls which are incredibly picturesque. 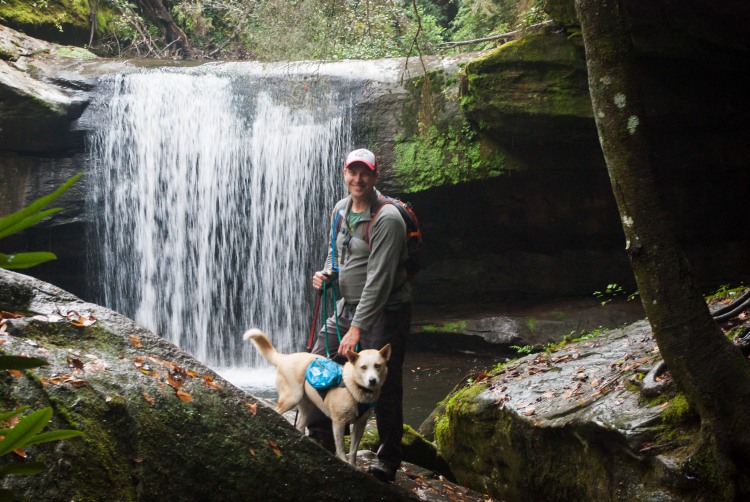 This was a great hike with a high payoff for a relative little amount of work. We did have two slight scares. I somehow managed to lose my phone, but kind hikers behind us found it and were nice enough to return it. The second incident happened to be cause on camera.